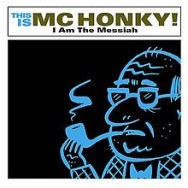 When E, of the eels, decided to release a solo project, I couldn’t imagine what it would be like, especially since the band is essentially a solo effort. The result was a more digital, sample-heavy collection of oddball songs like this one. I wasn’t sure if I liked it or not at first. I heard it on the Y100 cage match and decided it was too far a deviation from the E I knew so well. Though, as a true eels fan, I had to have it. It delighted me for its weirdness. It was one of many moments where I learned to respect an artist for trying new things. Doing the same thing all the time, even new versions of it, can be dull. E tried this sampling game that was so prevalent in the early 2000’s, and he didn’t make anything like Moby or Steinski– he made something uniquely odd, and I liked that.