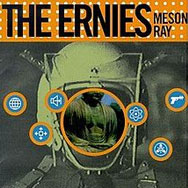 The worst music I ever remember hearing– rather the most disgusted I ever remember feeling while listening to something– is the album that contains this song. I felt so depressed when I hear it, probably because I bought the whole album and felt so violated because my trust in Mojo Records was gone. I’d never heard such a bad mixture of 311 meets science meets the vocalist’s Zach de la Rocha impression… and horns. It made me uncomfortable hearing so many things being smashed into an attempt at commercial success. Apparently this song got picked up to be in a video game, too. Why? In the game’s defense, this may be one of the better songs on the album, but still… no music has made me as impulsively depressed as this. Not hating, just reminiscing.