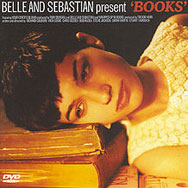 Of the many reasons I love this song, one is them saying “comp-rend” instead of comprehend, for rhythm’s sake. This is the song that convinced me that Belle and Sebastian were worth checking out– that they weren’t “sad bastard” music. The bass got me through the start, then the shifts to other styles won me over. It was almost like a musical audition for me– “Look what we can do,” they seemed to say with all this skill. It also doesn’t hurt that I love the protagonist’s view of himself. “I’ll make a rough plan to sleep around, I’m in a rut/ I need a change, I’m a lazy rat if I am honest/ My bold change of tact will fade out with the summer/ I’ve got no appetite and all the girls are bummers.” It sums up so much about how I felt when I first heard the song, though my laziness far outweighs sleeping around. For me, the wonderful part of this song is that it’s told in first person but it’s about the other person– the girl referenced many times. He’s sort of figured her out– gotten through how she presents herself and how she acts to the core of who she is– and they both don’t seem too keen on that. He tries to avoid her, she tries to get around town. The final lines are what stuck out for me. I had a thing for a girl who I didn’t really know that well, but presented herself as terribly interesting and quirky and strange. She wasn’t. Anyone who looked closely could tell. So when I heard the last line flow from the simplified composition, I heard what I wanted to tell the girl: “Listen lady, leave the phone down. Cancel all operations, tell your friends there’s more to you than this.” I felt bad for the girl because I thought she made herself fit into this idea of who she was for everyone around her. Ultimately I don’t know if I was right. We had a (possible) date and that was when it was all confirmed: she was interesting, but not the most unique girl in the world. She could be real and true and was trying to figure herself out (like I still am). I had nothing to hold against her for that, but there was that Christmas party where I lost a plate and she brought a guy. I should’ve known then that it was time to move on.