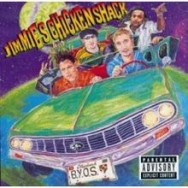 We all make bad decisions, right? One I regret a lot is spending time with a girl who was only a year younger than me in college. For her, a hook-up was simple and easy, no strings except when she wanted me to spend money on her. I didn’t know what a hook-up was. I remember someone explaining to me days later that “Can I come over and watch a movie?” is code for “Can I come over and make out?” I didn’t know. I was looking forward to Adult Swim and didn’t want to watch a movie or make out. But she came over, we talked, watched The Jacket and she fell asleep (something I couldn’t understand, as I can continue to watch that movie now and still enjoy it all). When she woke up she wanted to make out and we did. She stayed overnight. The next morning I woke up, went to work, came home, and she was still there. I was confused. She didn’t seem to have any intention of leaving, either. She slept more. Hours went by and she finally woke and wanted food, so we went to Wendy’s and cost me $10 on her alone. It was ok. I wasn’t angry, just confused. Later it was Starbuck’s. She told me about how she plagiarized papers for people for profit, didn’t seem to actually like a girl she was always with, and how she loved Jimmie’s Chicken Shack because they were from her hometown area. I knew only one song from them. She had multiple albums. I learned something from this experience that I wasn’t prepared to learn: I could be seen as an object. That someone could hook up with me because I was available, then discard me with little or no thought. It was a really hard lesson to learn, especially because she seemed to have so many other guys around her. And yet, it was important. It made me put my guard way up in  the years that followed. I was single for about 3-4 years after her, because she made me feel so wary of women. It was an unfair reaction, but not unexpected. She left school with one semester left to finish. She once called and told me she was digging a hole in her apartment building’s back yard because she felt like she had to. She was a facebook friend, but I ended that. I didn’t want to be reminded that someone could make me feel so insignificant, especially because I fell so hard for the small things about her that she was so insecure about. I accepted her, but it didn’t mean anything at all.